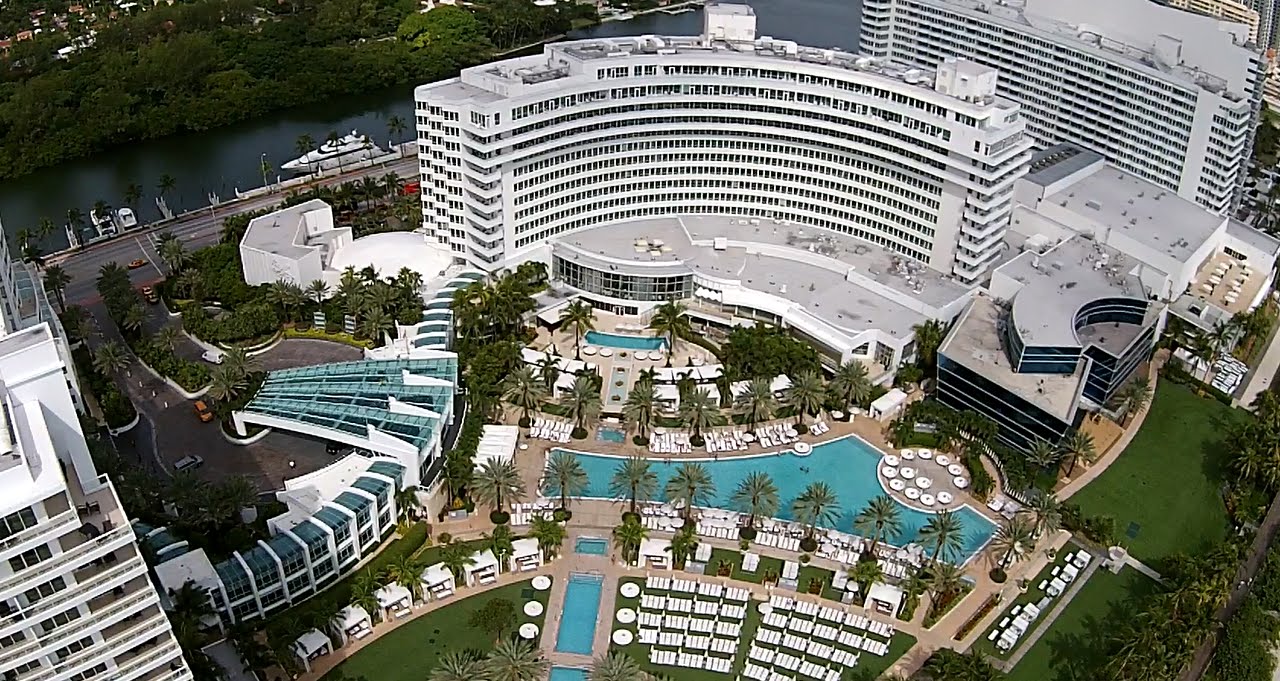 Is a another great classic hotel with a lot of history. We have stayed here many times and most recently for the 2017 Yacht’s Miami Beach Show, which is featured in a couple of our YouTube video’s, scroll down to check it one out. The location is perfect if you are attending this show as it is situated at the center of the show. This hotel is located on the beach and the ocean is just a few hundred feet away.

Unfortunately, I cannot give a review of the restaurants since we we’re only there 1 night and spent most of the time at the boat show. Next year we hope to give an update on the restaurants.

This Hotel had played many roles in movies including a couple of favorites of mine:The Fontainebleau Miami Beach is featured in the 1964 James Bond film Goldfinger. The Fontainebleau acts as the unmentioned location for a widely popular scene in 1983’s Scarface.

It was also featured in the 1992 film The Bodyguard starring Whitney Houston and the finale of the Sylvester Stallone Sharon Stone action film The Specialist.