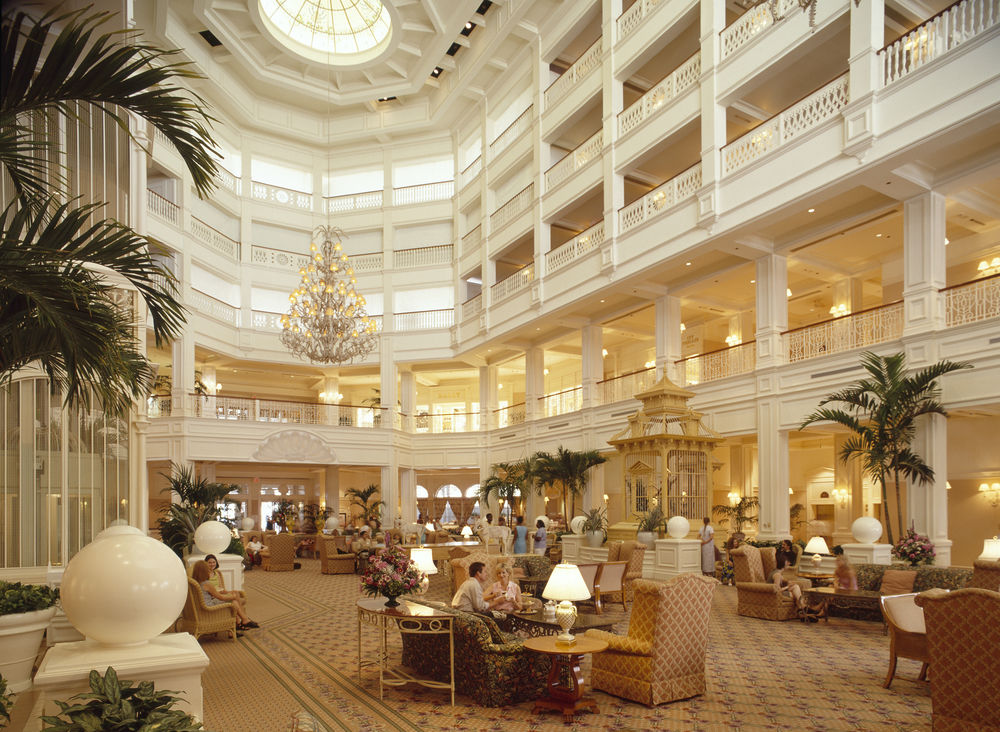 I recommend staying in the main building which is all Club Level Rooms and Suites. The Club Level Lounge on the 4th floor has food offerings throughout the day. The view over the lobby is fantastic. At 4pm everyday the orchestra begins and it is a wonderful place to be. Afternoon tea time is also a must do when staying here.

Disney’s Grand Floridian Resort & Spa is a AAA Four Diamond Award–winning, Victorian themed luxury hotel and spa located at the Walt Disney World Resort in Florida. The property opened on June 28, 1988 as the Grand Floridian Beach Resort. The name changed to Disney’s Grand Floridian Resort & Spa during the fall of 1997. The resort contains 867 rooms among six buildings at an average of 400 square feet (37 m2) per room. A standard room can sleep up to five people. In March 2017 rates ranged from $629 per night for a standard room to $3,500 per night for the presidential suite. The resort is owned and operated by Walt Disney Parks and Resorts.

The Grand Floridian is categorized as a deluxe resort, one of four types of accommodations at the Florida site. It is also distinguished as Disney’s flagship and most opulent resort.

Initially, Walt Disney wanted a Polynesian resort (reflecting Adventureland), the Contemporary Resort to echo Tomorrowland, and other resorts that mirrored the ‘lands’ of the Magic Kingdom. Main Street and The Grand Floridian act as analogous reflections.

Along with Disney’s Polynesian Village Resort, the Grand Floridian sits on the shores of the man-made Seven Seas Lagoon near the Magic Kingdom. The hotel occupies land that had been earmarked for an Asian themed resort during the initial development of Walt Disney World Resort in the late 1960s. In 1988, The Beach Boys filmed a music video for their song Kokomo. In 1992, a 40,000-square-foot (3,700 m2) convention center opened adjacent to the hotel, which contains a business center.

The hotel has completed some major renovations in recent years. Since 2007, all guestrooms, restaurants, retail shops, and common areas of the resort have been updated. In 2011, the Grand Floridian Spa and Health Club underwent an extensive 18 month remodel. In 2013, the hotel completed a remodel of all pool areas along with the installation of a beachside fire pit and children’s water area themed to Disney’s Alice in Wonderland.