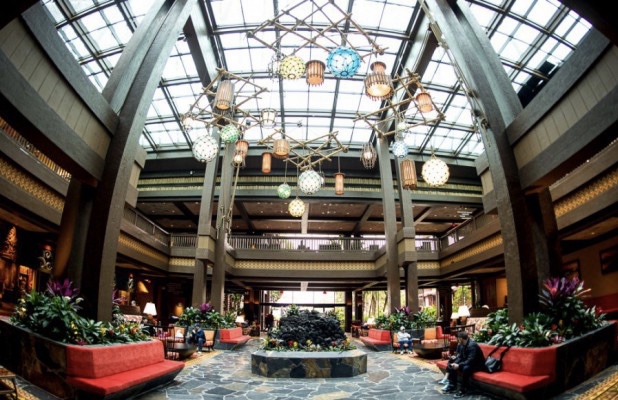 We highly recommend the Theme Park View Club Level  rooms. This Club Level Lounge is another favorite of ours. The location with a view of Cinderella’s Castle in the distance and daily offerings to delight your tastebuds.  A DisneyWorld favorite.

The Disney’s Polynesian Village Resort (formerly the Polynesian Resort from 1985 to 2014) is a Disney owned and operated AAA Four-Diamond Award–winning resort located at the Walt Disney World Resort. It began operation on October 1, 1971 as one of Walt Disney World Resort’s first two on-site hotels. The resort has a South Seas theme, and originally opened with 492 rooms.It was designed by Welton Becket and Associates and constructed by US Steel Realty Development. The resort is owned and operated by Walt Disney Parks and Resorts.

Since its opening in 1971, the resort has seen three major expansions; the first in 1978, with the addition of a longhouse, the Tangaroa Terrace restaurant/support facility, and a secondary pool. A second expansion took place in 1985, with the construction of two additional longhouses. In that same year, the resort adopted the shortened name “Disney’s Polynesian Resort”. On May 2, 2014, it was announced that the resort would revert to the Disney’s Polynesian Village Resort title while expanding further to include Disney Vacation Club accommodations as well as enhanced resort amenities. On April 1, 2015, the third expansion officially opened, including the new DVC additions and other amenities around the resort.